You are viewing this site in staging mode. Click in this bar to return to normal site.

A bit of history

Baptists had been worshipping in Wokingham from around 1762 under the auspices of Reading but it was in 1774 that a Baptist Meeting House was built in Milton Road and a separate Wokingham Baptist Church was established. 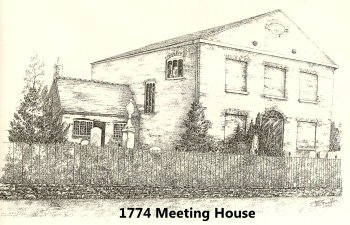 Growth and consolidation continued through to 1859 when the church building had become inadequate for the large congregation and a decision was taken to rebuild the church. The building was completed in 1861 and is what forms the current sanctuary and lecture room. 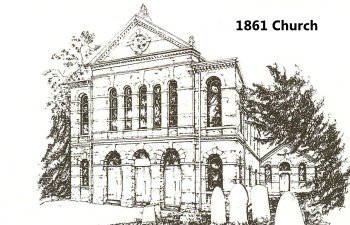 In 1836 church members decided that "provision should be made for the daily instruction of children of dissenting parents whose poverty prevents them from supplying a means for their education" and consequently the British School was built in Milton Road and opened in1841. With the rise of state funded schooling the schoolroom was passed by the trustees to the Church as a Sunday school in 1911.

The schoolroom served adequately as a Sunday school for many years but potential repair costs, the inconvenience of being across and up the road together with changing needs of the Church prompted several years of investigations of possible options from the late 1980. After many false starts this eventually led by way of a planning enquiry in 1992/3 to the sale of the schoolroom, a remodelling of the entrance area and sanctuary together with a new two/three story extension with kitchen, hall, offices, tooms and toilets. 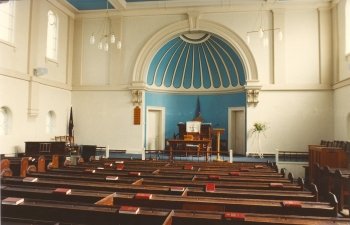 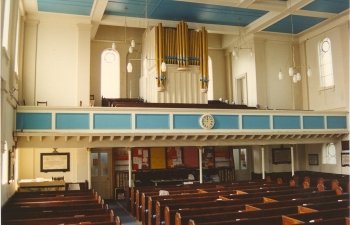 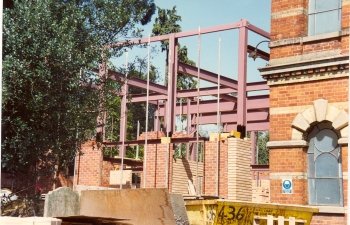 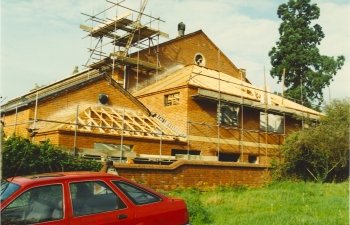 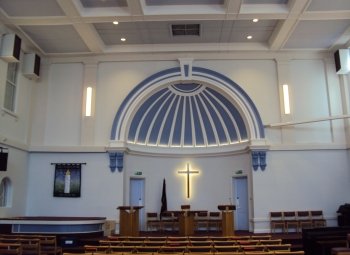